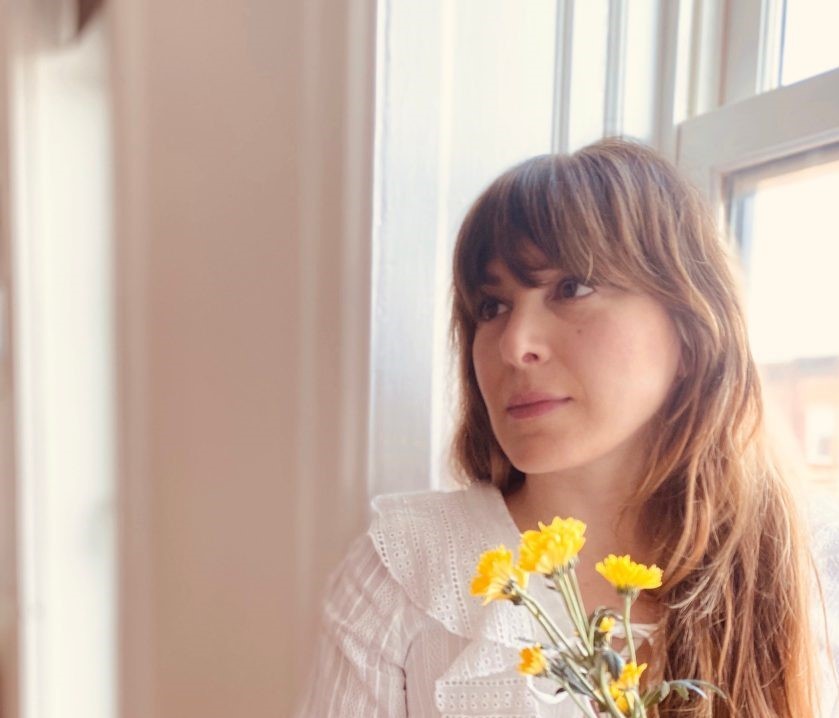 Faten Kanaan: “Each Culture Has Its Magic”

Experimental artist Faten Kanaan has recently released an astonishing new record titled A Mythology of Circles. We gave it a listen and were fascinated by what we heard. It was soon after this that we reached out to Kanaan in order to gain a better perspective of her music as well as her artistic vision. It turned out be an eye-opening, fun conversation with occasional surprises. Hope you’ll enjoy reading it!

You can read the Turkish translation of the interview here.

Starting off, how are you dealing with the current pandemic? Are you in Brooklyn right now?

I am. I’m just trying to stay careful, healthy, and grateful. I’m trying to make as best use of this time as I can, so it doesn’t feel like I am just waiting for it to pass.

A Mythology of Circles is a fascinating record full of somber melodies, sound patterns and mysteries. Can we start deciphering it from the title? There are some obvious parallelisms between the word “circle” and the sound loops present throughout the record, but I’d really like to know how deeper it goes beyond that.

Yes the notion of the ‘cycle’ here is used both formally and conceptually. Because I repeat certain sections over and over again, the action becomes almost like a ritual or an enchantment. And in relation to the album’s concept, it’s about respecting nature’s cycles: from seasons shifting to planets turning, and finding our place within that motion.

This is, I imagine, a very personal album for you as it is described to be semi-autobiographical and you did the recording mostly on your own. Can you describe the writing and studio process?

I approach each track a little differently…some ideas start more fully-formed, and some go through a process of experimentation and discovery. Because the recording and writing process can be very physical (as I am playing the same measure over and over) sometimes it feels like a trance or a journey.

For me, the engineering and mixing are an extension of the writing process, so I do those myself. Though I had a trained classical music background in my youth, I’m self-taught with engineering skills, so there’s a lot of trial and error. Some friends who are engineers gave me the best advice: Just trust your ears. This was so helpful and made me more confident about the process. And for mastering, I’m very lucky that my best friend is the very talented engineer Heba Kadry, so I know that if it passes her quality-control, then it’s ok. She’s mastered all my albums.

Would you consider the record impressionist?

Very much so. I see myself as a storyteller. Each track serves a purpose: some are a character, some are a narrative, some are a specific moment, some a feeling. I try to capture this, but keep it open, so that it can be a personal journey for the listener as well.

What can you say about the mythologies that shaped the creation of this record? Obviously you’re an active reader of history and culture, the song titles themselves are mythology-driven, and VST sampled choral voices in particular sort of resemble the archival voices throughout the history.

I’ve loved folklore and mythology since my youth, there’s something so beautiful about these stories. They offer us a shared history, regardless of what specific form they take. Each culture has its magic, its tales that are steeped in such richness… a respect for nature… a  sense of awe. I also enjoy history and research, so it’s a pleasure to read and study related material.

That being said, the album is also very concerned with modernism. You state in your Bandcamp page that these very voices “embody the forlorn state of technological acceleration”.

Yes.. I didn’t want the album to just be a nostalgic relic. I wanted to explore why these histories and mythologies meant so much to me in this moment in time. Why these stories continue to resonate with people, and how learning from our ancestry can potentially help us in navigating the future.

What can you say about the current mythology we’re sinking into? I’m saying mythology because this is a very active period in history that can witness really ironic events.

For me, focusing on nature myths was important as a reminder to respect the larger universe we live in. People’s relationship with the environment has shifted so much compared to previous eras. It’s important to think of what future we are moving towards, politically, ethically, and environmentally. We have to be more thoughtful and respectful in our actions towards others… it’s often the hubris that’s the cause of the downfall.

What do you think about the 2020 presidential elections? Is it a turning point in the course of the US or merely a short relief?

I don’t think changes will happen overnight, but I am hopeful that this is a step in the right direction.

Your background spans a wide geography. How has your cultural heritage impacted your intellectual discourse?

I grew up between the Middle East and Europe, and then came to the US for college. I’ve been in America since (though I’m planning on returning to Europe next year, we’ll see). I’ve always made the place I am living a ‘home’, so in a way I belong to all these places. Intellectually, I became interested in comparative mythologies- in seeing universal stories that joined us, but still celebrated the riches of individual cultures. Of seeing people’s faces light up when they share their own histories, and the bonds we make doing so. I love literature, philosophy/theory, films, and music from so many different places. I’m in the middle of reading Amin Maalouf’s Les Identités Meurtrières (In the Name of Identity) after someone recommended it to me, it’s been so helpful in reminding me that I belong to all the countries I identify with or descend from (it’s a bit complicated ha), that I don’t have to water it down or simplify it to make it easier to label.

I believe you’re essentially a global citizen at this point. We live in an era where both globalist and fascist ideologies are on the rise. How hopeful or desperate do you find the world of tomorrow?

At times it’s depressing and astonishing to see some people going backwards, retreating into a place of fear, bigotry, and judgement…but I’m hopeful that others can maintain a more loving attitude and a sense of humour, and focus on positive changes.

Are there particular readings you made in preparation of this album?

I was mostly reading essays about nature mythologies, some essays on the various gods of time (Aion vs Chronos, etc), some poetry, and some Deleuze. Initially I had been writing an accompanying piece to be published alongside the album, but then decided to just let go of the writing and focus on getting my ideas across in the music, and letting people make their own associations.

Are you interested in the studies that focus on collective memory?

Definitely, I think I somewhat answered this in a previous question.

I have recently encountered one of your Instagram posts where you reference Valerie and Her Week of Wonders, and now I wonder what are some of your favorite films.

Oh I love cinema/film! The medium has been a big influence on my work. It’s hard to pin down favourites, but directors that first come to mind are Krzysztof Kieślowski, Sergei Parajanov, Andrei Tarkovksy, Chantal Akerman… so many others. Film scores were a huge influence on how I think about sound and imagery (Like Luboš Fišer’s score for Valerie & Her Week of Wonders). How music can become a narrative, without the use of lyrics.

A Mythology of Circles also has a cinematic vibe to it. Would you consider composing a soundtrack?

I would love to, for the right project.

When you talk to other underground musicians and artists, what seems to be the current collective state of mind in times of such hardship? How do you believe people can move forward in such limitations where most governments do not provide artists with funds?

Oh it’s a difficult time for so many people in the arts… and I’m grateful to be part of a strong community in the music world. We’re mentally taking care of each other.. First everyone has to make sure that their own root/base/mental space is strong, and then you can offer support to someone else. We just trade off, and prop each other up when needed, so that we can at least be positive enough to navigate this, make the best of it, and come up with creative options.

That is all of my questions. Thank you very much for joining in. Any words you’d like to add?

Teşekkür ederim Deniz! I’ve visited Istanbul many times and love it there: the history- the architecture- the people – the music – the food – the tea – the cats… few things are as beautiful as seeing the Bosphorus at sunset. And it’s become a little ritual to go pick up a pomegranate juice from the little juice stand in Galata, right where the street curves. I also visited Bodrum and Antalya when I was younger, so it’s nice to have this link to Turkey. (Haha I still remember when ‘Gümüş’ first aired in Arabic as ‘Noor’, and the streets were all silent when people were watching!).

I hope I can come back to visit again or perform there soon.