An Interview With Fatima Al Qadiri

Experimental electronic artist Fatima Al Qadiri has released her latest studio record Medieval Femme on May 14. Taking cues from the works of classical era Arab women poets, the album echoes a sense of melancholy, leading the listeners into a daydream. We contacted Al Qadiri shortly after listening to this gorgeous album and asked whatever’s on our minds. Below, you can check out her responses. You can also check out the Turkish translation of the interview here.

How are you these days? Are you in Los Angeles?

Yes, I’m in LA. About to move to a new apartment so it’s getting bit hectic.

Your latest record Medieval Femme is a study taking cues from the works of Arab women poets from the medieval age. The final product, though, is not really an adaptation of these poems, at least in the classical sense. Can you tell us what the album represents for you?

To me, this album represents the mood of melancholic longing exemplified by the classical poetry of Arab women.

How personal is this record to you?

All my records are very personal.

In preparation for the album, did you dive deeper into the works of literature for new readings? In other words, were all of your inspirations already familiar to you going into production, or did you make new discoveries along the way that blew your mind?

I would say both. I made discoveries but ultimately they served as inspiration with the exception of the 9th track “Tasakuba,” which is the only track that features classical poetry –by the 7th century poet Al-Khansa.

A quote on art that has really fascinated me is by Egon Schiele: “Art cannot be modern. Art is primordially eternal.” I feel your art really resonates with that description. Would you agree?

Absolutely, my goal was to make it sound primordial but also timeless, so that description is perfect.

You had other titles in mind for the album before Medieval Femme stood out? What were some of the other cool title ideas you came up with?

Not for this record, this title was the only one that I came up with.

What equipment and instruments did you use during production and how was your approach of fusing them different from your previous work?

The production process was the same, all these instruments are VSTs (virtual instruments), which is my favorite way to write because it gives me total control. I also wanted to make an illusion of live instruments but the reality is they are digital, to complement the fantasy concept behind the record, which is a big daydream.

The instrumentation, as expected from your artistic framework, is both rich and devoid of any specific geography and time. If you could get a TARDIS and travel to any spot in time and space, what would it be?

In our time and space, there is a fact called the pandemic, which seemingly gives society a lot more opportunity to reflect upon the neoliberalist state policies. A large number of countries grow more authoritarian in correlation with the lockdown measures. As a response, more and more protests are carried out globally, where feminist and LGBTQ movements remain on the front row. On a global scale, how hopeful or desperate do you find the world of tomorrow?

Softening the mood: What have you been listening to these days?

I also wonder about your taste in film music. You’re no stranger to composing soundtracks and have previously expressed your admiration towards Vangelis’ work on Blade Runner. What other film music has shaped your understanding of the art?

Akira is the most important film soundtrack for me. It’s the film that made me want to compose music for film and I was only 10 years old when I saw it but I knew this had to be my future.

What about the art of film in general? If you were to make a favorite directors list, who would be there?

Sergei Parajanov is probably my favorite director of all time, followed by Stanley Kubrick.

As an artist, what plans do you have for the foreseeable future?

Always, there are a few projects in progress.

I need to visit Turkey in the near future, I’ve never been. 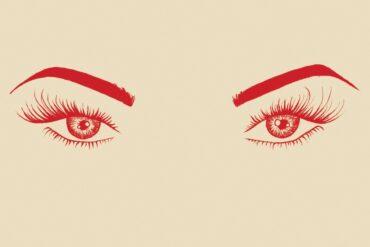