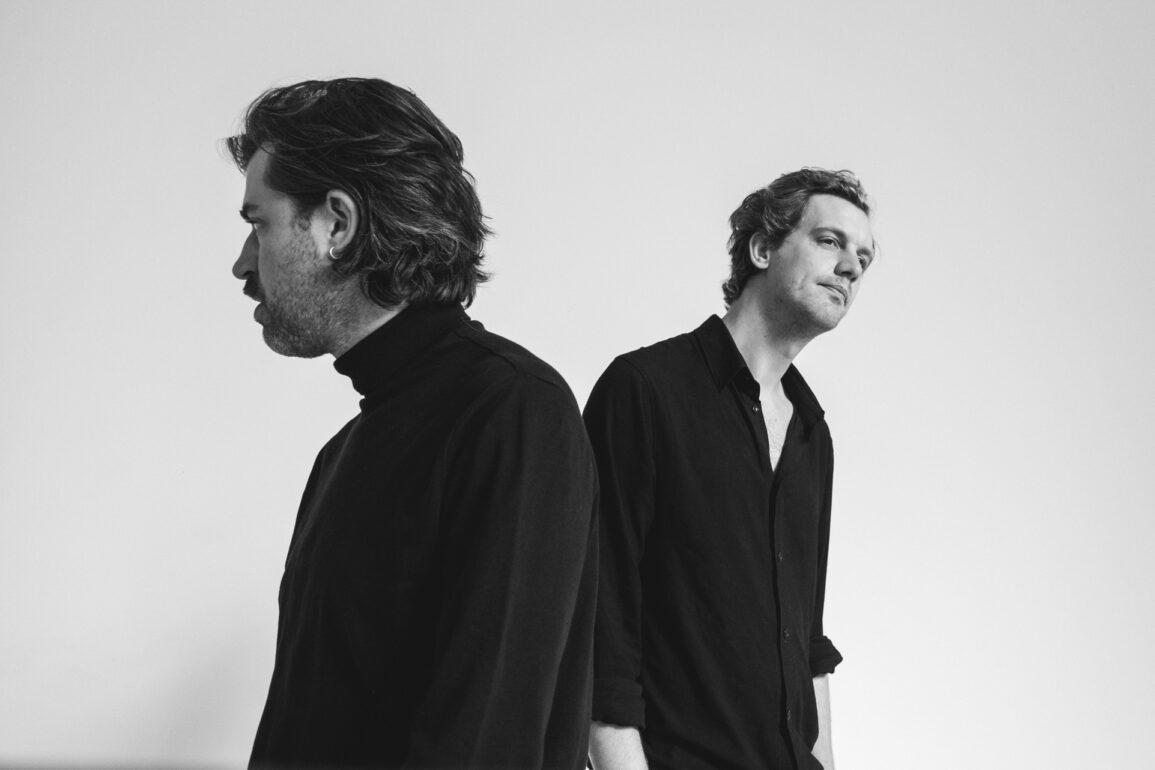 An Interview with Balthazar’s Maarten Devoldere

“The older we get, the more naive we become again. We were more serious back (when we wrote Applause), we were like serious old men. Now we are more like children having fun.”

Belgian indie rock band Balthazar are back with their fifth studio album, Sand. It’s a record that finds new fields for them to explore, and the result is a delight. We contacted the vocalist Maarten Devoldere to find out more about it and the band itself. You can read our lovely chat below, or check out the Turkish translation here.

Your new album Sand has recently been released and I’m sure that you’ve been getting very positive feedback. How are you spending your days after the release of the album and while there is still a pandemic going on?

We had lots of promo to do. Now it’s calmer with the interviews. We recorded a live session / documentary, which we’re going to release soon, been editing that. We obviously can’t play live, so we have to find other ways to promote the album and bring it across to the audience.

In what environment and circumstances were the lyrics and melodies on Sand created? Was the band physically together in the studio, or did you work from a distance?

We actually wrote a lot of the material on the Fever tour. We wrote most of the songs and the melodies and the grooves, stuff like that. We had the idea of recording it live. The studio got the five of us together to get that live energy, but then the pandemic came and it turned out differently. We were locked up at home, so we started working over the internet and the album turned out in a completely different way. It became way more electronic. When we look back at it, we are very happy about that. It was very challenging. It was what we needed, in a way. It’s our fifth album and it was good to be challenged by the circumstances and to experiment with different, new sounds. I think some of the songs turned out way better electronic. It’s really cool how things turned out. Never let a good crisis go to waste!

You started Balthazar at a very young age in 2004. Are you happy with the way you evolved since then? Do your dreams and the way you envisioned Balthazar 16 years ago match with your later actions? Where has the road taken you to?

When we started out, we were in high school. We couldn’t have imagined that we would become a band touring around the world. When I was 17, I dreamt of playing in a local bar in Kortrijk, where we grew up. One place where there were concerts. It was my -and the band’s- big dream to play there. (laughs) The cool thing about Balthazar is that we grew little by little, step by step. If you reach a certain point, you start dreaming about the next chapter. We first played in Paris, then in Germany, and we just built it on from there.

Through this context, what do you feel has changed in time about the lyrics and the instrumental arrangements? As your listener, I feel that, in terms of detailistic arrangements, Thin Walls is a breaking point, and Sand is your masterpiece. Do you prefer sticking to a formula or experimenting?

When we were younger, we thought way more about those things. Especially on our first album, Applause. We waited for very long to release that, because it was very important for us to find our own sound as a band. With that first album, I remember we had so many rules. “Okay, there can be no chord instruments here, there can be no cymbal in a chorus…” We had all these rules to make it very minimal, which created our own signature in a way. I think that approach is still in our DNA when we write, but we don’t really think about it anymore. We just write loads of stuff and then find out which songs have some kind of magic that you can’t explain. The older we get, the more naive we become again. We were more serious back then, we were like serious old men. Now we are more like children having fun.

And do you think Sand is your masterpiece?

Yeah, but we always think our last album is our masterpiece. (laughs) You hear lots of bands saying that, but… Obviously, it’s a matter of taste. For example, our second album Rats has such a different sound than what we do today, and some people are gonna like that one more. For us personally, what we do always needs to be our best work of art so far. Otherwise we wouldn’t release it. If we didn’t believe that this was our best collection of songs, we would work more on it before sharing it.

Looking back to your early days, how did your first EP’s and songs reach your audience back then, and what has changed about the music platforms and the release strategies since?

I don’t know. When we started releasing music, it was 2010, and people weren’t buying much CDs. So we never experienced the golden days in the 1990s when there was lots of money in the music industry. I’m kind of happy that we never got spoiled, that chance was taken away from us. It was always kind of shitty, and it just became better because we now have way more streaming than back then. We’re kind of classic and old school in the way that we make full albums, and that didn’t change. It’s not like we release singles which feature some rapper, we believe in the classic idea of an album, where you really get the spirit of the band.

In my observations, the audience of Balthazar is getting bigger by the day. There are more and more people who share your music on social media. Having released a new album recently, do you check the streaming statistics, or does that only concern other people in your agency?

We see it, obviously. I would be lying if I said I never look at it. It’s nice to see that it still grows. I said earlier that Sand was our best record so far, and it also grows in a commercial way. It’s not what triggers us to make music, but of course you want people to listen to it. Especially in Turkey. I think we played there during the Rats tour in a small basement, and there were 100 people in the audience. It took a long time before we came back during the Fever tour, and there were like 3000 people. It was amazing, we were like, “What the f.ck happened?!”. That was so heartwarming for us. We can’t wait to come back with Sand.

You accidentally answered our next question, which was about your concert experience in Turkey.

I think I’ll confess it for you: Istanbul is our biggest market. Istanbul listens to Balthazar more than Belgium, which is crazy.

I remember that in 2014, we were very enthusiastic to be there. It’s a very vibrant city. The venue got much bigger in 2019, it was a big show all of a sudden and we had gotten more professional as a band. It’s very important for us to bring that rock ‘n’ roll enthusiasm from little stages to big ones. These are the best shows. Sometimes when you play an arena show in Belgium, you’re too focused and concentrated, thinking “I can’t f.ck this up”. You stop having some of that enthusiasm. That show in Istanbul was just so much fun. Tijs (Delbeke) was gonna get married, and we were joking about that all the time. The crowd was in on it, and it was a similar experience to the last one, really. Being able to play a big show as spontaneously as a basement concert is a great thing.

How is the communication and solidarity between the artists in Belgium right now during the pandemic? I’m saying solidarity in any sense, like making music together, sharing the equipment, supporting each other’s work among their audiences… Any sense of unity under the challenging circumstances of today’s world.

We don’t see each other very much, because we can’t. Normally in the festivals, we’d just run into each other. Belgium is a small country with a small scene, but a very interesting one. People know each other and are very supportive of one another. When we released the new record, we got very good feedback from other musicians, which is very nice. It’s hard, too, because there are records that were released right before the pandemic that were really good, some from fresh bands. They still have to create their audience. It’s hard for everybody, but even harder for them. They can’t promote their album. Everybody’s a bit bored. Since the beginning, everybody’s been writing from home. There’s not much impulses now, not much to write about. People reach out to one another like “Hey, you want to do a collaboration?” because it becomes an inspiration. (laughs) It’s too boring.

What are you currently listening to? What are the top records or songs you’ve been listening to these days?

The new Nick Cave album, Carnage. Really love that. Everything he does these last years is just crazy. I really like Sault, a British incognito band. They made two records in a year, which are great. Among older music, I’ve been listening to Coney Island Baby by Lou Reed a lot. It’s a very uplifting album, which has been good for my mood when I am feeling down. (laughs)

In recent years, you also focused on your solo project Warhaus and released great songs and albums. Do you consider going on with your solo work, or do you prefer to keep your energy for the band entirely?

But I guess Balthazar seems to be a bit more on focus right now?

Yes, we still need to make a tour of the album, which hopefully won’t be postponed. For the upcoming year, all focus goes to doing the live shows. It’s very important for us. We started making the record on tour, and it’s really made to be played live. It’s gonna be very groovy, celebratory and really cool. We’re actually quite curious ourselves to see the songs in the record evolve into a live show. Some will change, they will start living a new life. We’re very excited about that, but we have to be patient.

Do you have a final message for our readers and your fans in Turkey?

We love the fandom for being so enthusiastic about our new music. When we’re gonna be able to come to Turkey once everything is back to normal again, it will be a show with lots of emotion.

You can check out Balthazar’s official website here and Bandcamp profile here. 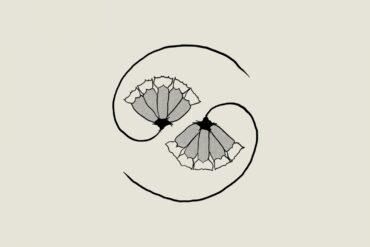