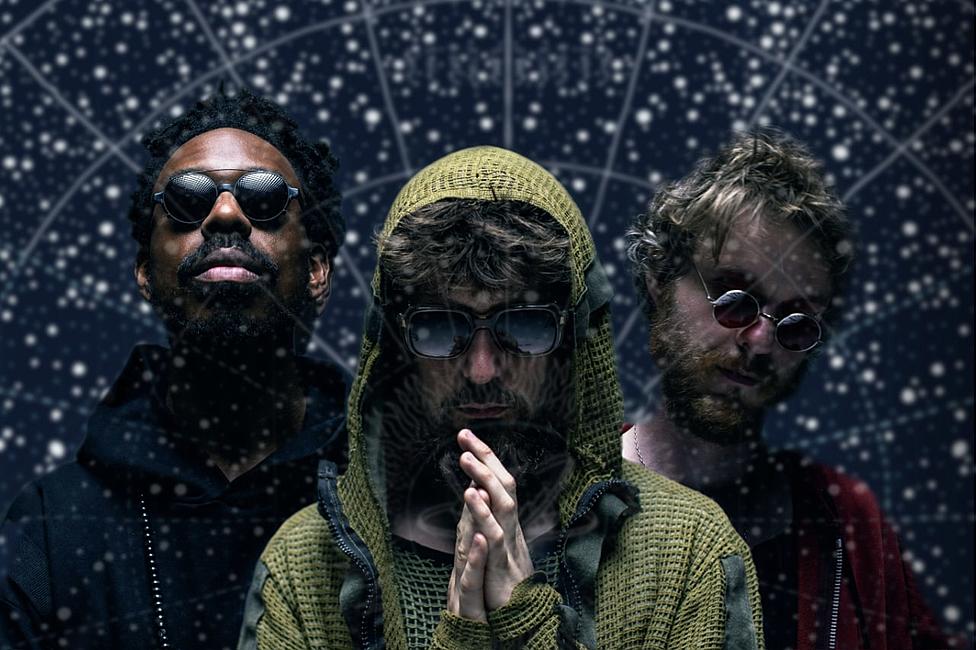 Interview: The Comet is Coming

The main technology we use is our minds, I guess. That’s a big technology. Listening to each other, trying to play the right thing at the right time. Spontaneous composition is quite an insane technology.

It’s the big day: Electronic jazz trio The Comet is Coming have returned with their brand new record, Hyper‐Dimensional Expansion Beam. To celebrate ahead of their big world tour, we interviewed Dan Leavers (Danalogue), Shabaka (Hutchings), and Max Hallett (Betamax) through Zoom last Wednesday (September 21st). You can read the transcription below.

How are you, Dan? How is it hanging these days?

Danalogue: It’s very busy right now. We will start our tour of America on Friday. We have a London show on Thursday. And tonight, we have a first-time listening party for our album. Listening to it in full with the public with a quadrophonic sound system, that’s really exciting. We are going on tour for a very long time. Maybe for over a year, around the world. It feels like a preparatory time, these last few days. Just getting ready mentally and packing our bags and things. (laughs)

Particularly excited about your Istanbul show. Obviously, we’ll talk about the new record, Hyper‐Dimensional Expansion Beam. It’s out this Friday. It will be out by the time we release this interview. It has some groovy, astral, visceral songs in it as usual. Explain it in a nutshell: What is this album to you, and how did it come to be?

Danalogue: In a nutshell… I’m still working on my ability to make things into a nutshell. (both laugh) But the album is born out of four days of deep synergetic cooperation in the studio. Spontaneous compositions, followed by a more electronic style of music production and studio production. Processed over a course of four months. And what you get is a completely fresh sound. I think you can’t really categorize it too well. We have our own sound, the Comet is Coming sound. On this album though, we took the journey in a little bit further direction. Hyper‐Dimensional Expansion Beam is a transformative process.

(At this point, Shabaka and Betamax join in on our Zoom meeting consecutively.)

Really cool to have you all here right now. And surely Hyper‐Dimensional Expansion Beam is a banger as usual. Dan and I were just talking about the album before you stepped in. Maybe you’d like to add on what is this album to you and how it came to be.

Betamax: This project, for me, is a music experiment, a play, a game that we did. We just threw everything out there and when we later looked back on what we achieved, it was a beam of sound that resonated with us. It made me feel a certain way. It felt like a sound I’d heard before. It felt relevant. The moments of music I’m always drawn to are the moments I can’t explain. The moments which somehow explain nothing and explain everything at once. It’s an energy and a mind-expanding opening of your mind. I think that’s why we called it Hyper‐Dimensional Expansion Beam. I think it holds power in it.

Shabaka, you said in an interview from 2019, and I quote: “Part of the ethos of The Comet is Coming is: you have to live as if the comet is coming — and environmentally, I guess, that is particularly pertinent at the moment.” How do you think that ethos has evolved since the start of the pandemic and how has it changed the way you approach making a new The Comet is Coming record?

Shabaka: I think it just evolved in our general sense of musicality. As we evolved as musicians, we became more deep and complex in our understanding of the world and music. It shows in our sanity and in how we engage with each other. It shows in how we are able to connect with how we feel and how we want to sound.

Betamax: We were at Peter Gabriel’s New World Studios.

Betamax: Right. That studio, in itself, is a really interesting space. It has converted a watermill with big fountains of water. As soon as you open the door outside, it’s like… (imitates flowing water noise) In any kind of fresh air we take, we would soak up this really loud white noise. This was a big part of my inspiration. White noise resetting our brains every time we step outside. The studio was decked up with lots of analog gear that we had never even seen before. But we had brought our technician Capitol K with us. He recorded us and made sure that we were fully making use of that studio. We basically plugged into every gear that was before us. It was a dream to expand the sound and make the most of where we were. Just tons of instrumentation. We had the trustee instruments that we normally use, like Roland JUNO-106 and SH-09.

Danalogue: (imitating Betamax) “Just what we normally use, Roland JUNO-106, SH-09…” Betamax Killer, come on man! (all laugh) I’m JUNO-60, by the way. (laughs) But this time I wanted to expand a little bit… For the Expansion Beam. I actually brought in two JUNOs. One was linked to an 808. So an 808 drum machine running into one JUNO, plus a second JUNO. Plus I introduced a Moog to the sound, which you can hear on the track “Pyramids.” We used an old Ensoniq 90’s wavetable. Has this really eerie sound. There’s something about a robotic-sounding instrument trying to sing which feels very poignant to me. It’s technology trying to become human, which is really alluring to me. The main technology we use is our minds, I guess. That’s a big technology. Listening to each other, trying to play the right thing at the right time. Spontaneous composition is quite an insane technology.

Betamax: There is a track with a shakuhachi…

Betamax: Which is also an instrument that my dad plays. So I felt a connection there. We overdubbed some percussions, trying to create a sonic environment. We toyed with different instruments like drum synths. A lot of tracks are actually coming off an 808 drum machine as well. We just had that whirling away and hypnotizing us with its delicious, metronomic syncopations. We are almost raving sometimes.

If you were to handpick the easiest and hardest songs to make for this album, which two would you pick?

Danalogue: One of the most difficult ones ironically turned out to be the lead single, “Technicolour.” Also “CODE”, which also ended up being a single. Without giving too much away, if you saw the arrangement page, it looks like a huge piece of architecture. There was a lot of very detailed editing and overdubs to make it sit right rhythmically. We knew it had a lot of potential, but sometimes when we play together, we don’t always hit it at the exact same moment. It all does born out of improvisation, after all. It’s like completing a complicated jigsaw puzzle. But in the end, it is very satisfying when it finally goes right. As for the easiest one… It’s hard to say really because they were all pretty crazy. But possibly “Angel of Darkness.” Sometimes we write stuff that needs less editing and readily has a form of itself that we naturally play at the moment. Slightly more organic. That one telegrammed to us what it wanted to be.

Shabaka: “Pyramids”, yeah. I remember us just jamming and arriving at that melody. We didn’t redo its vibe that much, we just flowed through its baseline and hook melody to reach the form you hear on the album.

Betamax: I actually want to namedrop “Frequency of Feeling Expansion.” That one wasn’t originally going to be on the final cut on the album, it was added last minute. So in a way, we didn’t spend very much time on that. (laughs) I don’t know if that means easy. Maybe if we had been working on it since the beginning, we would find hard things to do to the sound. We would definitely throw more stuff in there.

Danalogue: I actually just looked into the statistics of how many stems we did on it, and the amount of choppings on that track is just insane.

Danalogue: Maybe there was some work done to it at an early stage before we put it into the cupboard for a while and got wheeled out again. It has a surprising amount of actual work on it. But maybe less mix? Sorry to interject, what the data tells us probably doesn’t matter. (laughs)

As we mentioned earlier, you have a new tour coming up, and that includes an İstanbul concert in November. It’s not your first time in the venue or in Istanbul, so I was wondering what memories you have from the previous rounds.

Shabaka: What I remember about Istanbul is the drive from the airport, where you pass the bridge and get a good gaze at the landscape, which is always epic. The audience is always fantastic too. It feels like we are sharing a great vibe. That’s my memory of Istanbul.

Danalogue: I think the people in Istanbul are really cool. Being a touring artist, you get to see every city in the world. You feel like an ambassador of sound, and you get to meet cultures in a really condensed period of time. I feel like the vibe, the fashion, and the attitude are all really cool with the people of Istanbul.

Shabaka: There was one guy who come up to us after a concert in Istanbul and said the only time he felt this way in a gig was when he went to a football match. He could let as much out as he could, screaming at the top of his lungs, just expressing himself. Which I thought was pretty cool.

Betamax: I remember… Was it our first time in Istanbul? There was doubt on whether we would actually perform. I think there had been a terrorist attack shortly beforehand. But we went there, and in a way, it heightened the experience of the show. People went up and said, “Thank you. We thought you were not gonna play. Thanks for being with us.” I didn’t really know much about it, but… It was turbulent times, and it felt good to bring people some music.

Thanks for your kind words and this interview. If you have any parting words to add, please do.

Shabaka: Sometimes expansion can be better than contraction. Sometimes.

You can check out The Comet is Coming’s official website here. 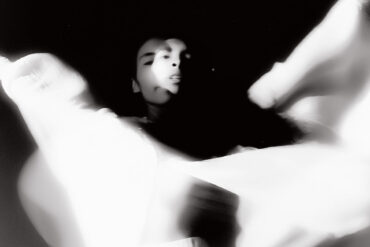