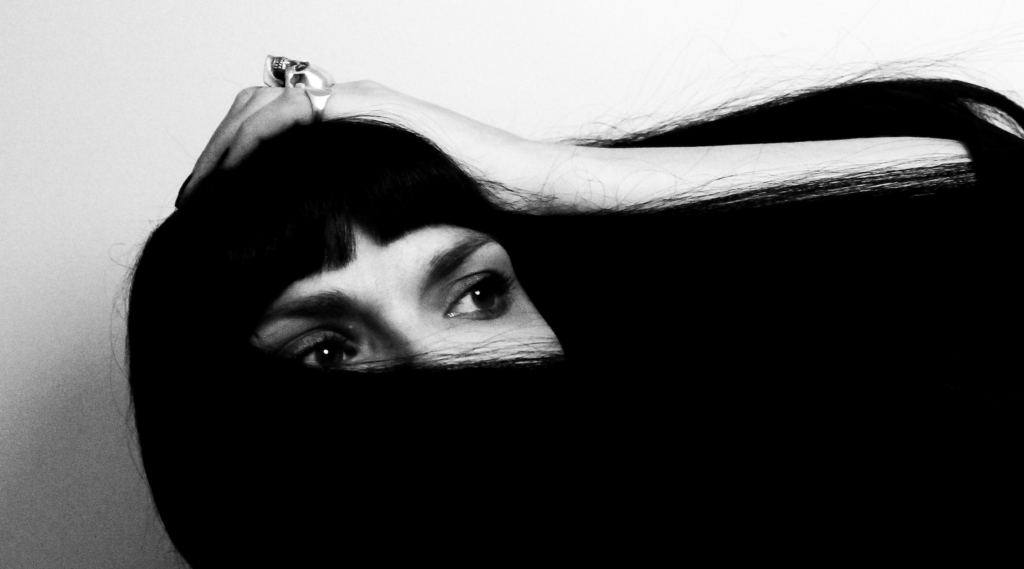 An Interview with A.A. Williams

London-based multi-instrumentalist and singer-songwriter A.A. Williams is back with her sophomore record As Moon Rests, out today (October 7th) via Bella Union. We chatted with the artist herself to learn more about its creative process and what goes through Williams’ mind these days.

How are you doing these days, with the upcoming release of your second album, As The Moons Rests?

I’m good, thank you! Very excited. Though when you are actively making an album in the studio, you kind of forget that people will hear it. I’m excited, but also nervous.

As The Moon Rests is a sophomore record. We’re not counting last year’s Song From Isolation, of course, because that was a covers record. What is this new album to you, and how did it come to be?

I started writing the record at the end of 2020. Like everybody, I had more spare time on my hands over the last few years, with no gigs and all of that stuff. My natural state in such circumstances is to be busy, to find something else to focus on. Something a bit more pleasant than looking at the news all the time, which is not always very nice. It’s important to focus on something positive to me. The songs were born from just me sitting down and writing, not necessarily with the purpose to write album two. “Just sit down, write some songs…” With the more time I had, I was able to experiment with things I hadn’t tried before. Using the synthesizers a bit more, playing around with the song structure… None of this was forced, or me going “Oh, I should change up a bit for album number two.” Was just a case of having time play with the new stuff, the stuff that I didn’t get to do the first time around. A natural process.

I think it was summer 2021 when I thought, “Hang on, my diary is starting to get full again.” If I don’t record it now, I will have to wait ages and ages. Kind of rushed in the last bit just to make sure that I could book in time. That was July 2021. That’s when I got the strings recorded. Made that main part done pretty quickly. Just when everybody’s diaries was starting to get busy and everyone started to go on tour again. I had to make sure I finished it before all that stuff came back. So it was slower in the beginning, quicker at the end. I’m happy with what we done, I think it sounds cool. You can hear the sonic development, I think, from Forever Blue into this. But it is a development, not a sharp left turn. It takes elements from that album and expands on it, rather than approaching it with a brand new angle.

My next question would be “In what ways do you think you have evolved and learned as an artist for this album since your last outing?”, which you more or less already answered. Anything to add?

I learned by not only having more time, but -as in anything- by doing it more. The more you do it, the more comfortable you feel. When I wrote Forever Blue, I was at the very beginning of my journey as a singer-songwriter. You know, I wrote some of those very quickly, because I was offered to do a performance but didn’t have enough songs. So I wrote some and those turned out to be half of the album. It wasn’t as considered as As The Moon Rests. I’ve grown a little bit in confidence but also in my approach.

If you were to select the easiest and hardest songs to create for this record, which two would you pick?

One of the big challenges I find about what can I refer to as a full band song is knowing when to stop. You can keep putting more and more, and sometimes you should just go: “Hang on. Stop. Maybe take some things off.” More isn’t always more, you know. There are some songs where I dragged on with the process of having it all on, and taking it all of. In that sense, I think “The Echo” took quite a while. That song, I wrote it for Forever Blue, but it wasn’t finished. It’s the only song that got carried into this album. Back then, I wasn’t sure what to do with it, so I left it. It was actually called “Forever Blue”, so I took the title and used that for the album instead. When I started writing As The Moon Rests I thought, “Okay. Let’s get back to this.” Took it to pieces, kept a lot of the verse, the text and the harmonies, and just rearranged the whole ending. Sometimes, something that doesn’t look so complicated can keep you busy the longest.

As for the easiest song, I could pick “Ruin.” It’s a acoustic little song, and the penultimate track in the album. It’s just vocals, acoustic guitar, and a little bit of keyboard. It’s super super simple and it came really easily. Sometimes the songs are just like that, and you don’t need to put lots of things on them. You can keep them soft, subtle, and small. And they serve a purpose in the greater context of your record by providing a little bit of a breathing space.

I guess when it comes to your influences, those who follow your work have some sort of idea both thanks to Songs from Isolation and your previous statements from interviews. So to learn more about it, I want to ask: When you check out your streaming service account, you should have a play history…

Oh god. (laughs) The problem here is that it is a shared account, so it’s not all mine. You know that thing where the app tells you your statistics at the end of the year? I look at that and go “I didn’t listen to that at all! Who listened to that? Did you listen to that?” (laughs) Of course I have those favorite records I can rely on always, though. Now that you mentioned Songs from Isolation, I think Nine Inch Nails’ With Teeth is one of them. It doesn’t matter what mood I’m in, I can put on that -and Fragile as well. Doesn’t matter what day it is, or how I feel, those two records will always be brilliant. So they might be my ride-or-die, desert-island-go-to situation. They’re right at the top, always. (laughs)

Then let me ask this: If you were to collaborate with just one artist or band you covered on Songs from Isolation, who would you pick?

One? That’s not fair! (laughs) The logical answer would be Nine Inch Nails, given my previous answer. I think it would be my absolute dream situation. Mainly because there is such a variety. I listen to all of their albums and their palette is huge. Whatever new thing I do, I feel like Trent Reznor has already done it. “Oh, that’s a cool thing! Wait a minute. That’s done already.” There’s decades and decades of innovation there, and it sounds so effortless. I think that’s why I love it. So yeah, Nine Inch Nails would be awesome, but if I were restricted to the UK, I would certainly say Thom Yorke and Radiohead.

What are your current plans right now as an artist?

With the record, the first big step is just to read what the people are saying about it. It’s a big thing, releasing an album. You’re opening yourself up to the world of criticism immediately by making this public. It always interesting to read reviews. I try not to focus too much on them, but you can’t avoid them at all. I’m proud of what I’ve done, and the reviews so far have been really good. They are positive, and people are saying really kind things. I’m passing that point right now, so I’m a little less nervous about that. Seeing what the audience thinks is the real big deal. You hope that you made a record that they can enjoy, but also feel new and not be same stuff over and over again. The final big step, though, is playing it all live and seeing how they react in that room and in that time. That you can never guess. Suddenly you’re on stage, the smoke machine is on, and you have the audience in front of you. Whether they’ll know the album through and through, you don’t know. Maybe they’ll just know a few singles. That part is scary, but you can also see people respond to it in real time. That is the best bit.

Let’s say we’re 100 years into the future, at a Musician Memorial Park. If you had a chance to carve one of your lyrics to your memorial stone, what would you choose?

That’s a great question, but oh my god! (thinks) Trying to think of something that isn’t too miserable… (both laugh) There is a song around the middle of the album called “Shallow Water.” There is a line there that goes “Misery is only part of me.” You can have all this stuff, but it isn’t the sum of a human being. There’s more to it. So maybe, maybe that.

You can check out A.A. Williams’ Bandcamp profile here. 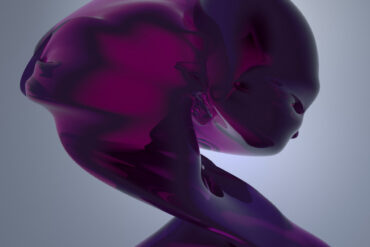