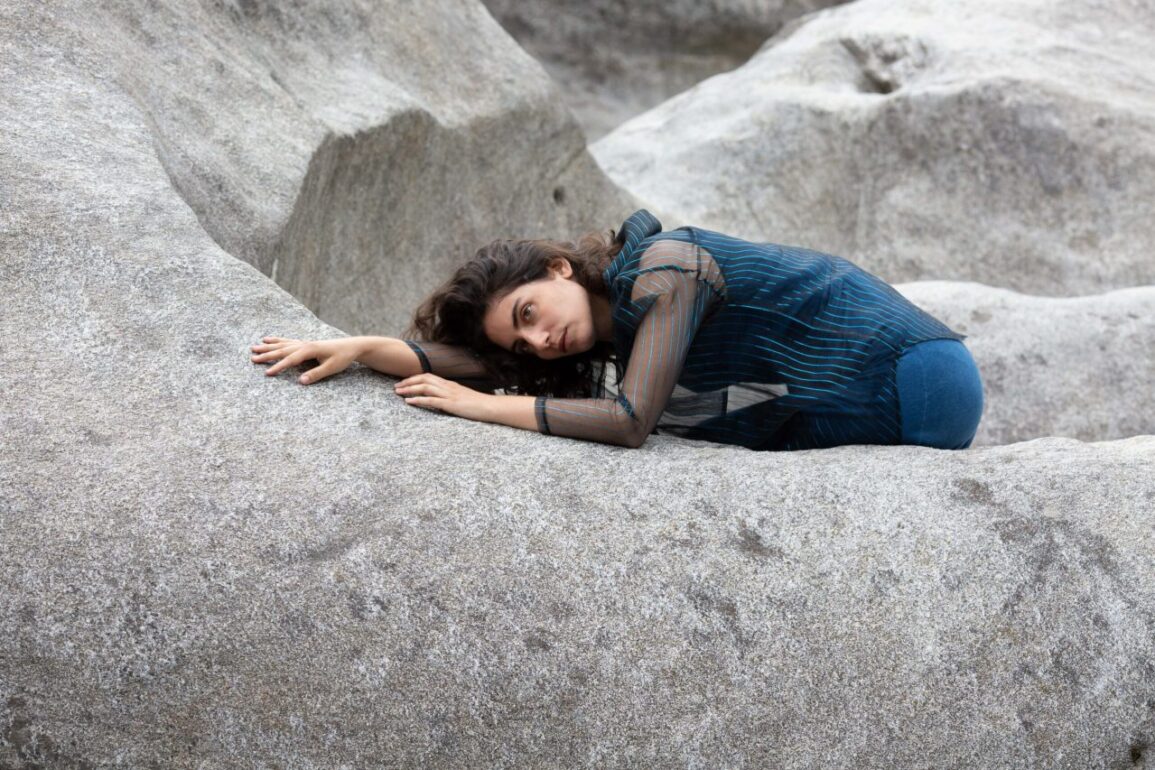 Marta Del Grandi: “One and In Constant Motion”

Italian-born singer-songwriter Marta Del Grandi has a personal history across various countries including India, China, Nepal and Belgium. Her next record, Until We Fossilize is set for a release on November 5th via Fire Records. We listened to this beautiful album beforehand and contacted its creator to find out more. You can read Del Grandi’s detailed and sincere comments below.

Congratulations on your beautiful new album, Until We Fossilize. The record dictates its mystic and ethereal nature right at the start and never really loses its magic. How did you work in the studio while creating this sound?

Thank you! The recording process for this album was quite peculiar and totally affected by lockdown, most of it was done at my house where I have a music room with basic recording and production equipment. I had tried a couple of pre-production approaches with different producers and eventually decided to produce it myself and ended up keeping quite a few arrangement ideas and takes from my demos. This decision was made easier thanks to the encouragement of Shahzad Ismaily, whom I deeply admire, who mixed the album and recorded drums and Moog synthesizers on it. I was also very lucky to meet the recording engineer Davide Tessari in Milan, who recorded the acoustic guitar, the acoustic piano, some of my vocals, and the viola played by Federica Furlani. Flavia Massimo recorded the cello parts at her apartment in L’Aquila (Italy), and Kobe Boon played the Höfner bass on Swim to Me at his house in Ghent (Belgium). It was quite challenging to work on these songs remotely and it wouldn’t have been possible with any musicians: the few collaborators you hear on the record are long-time friends with whom I’ve shared years of musical adventures. I’m very grateful for their support through the creative process and for their sensitivity in playing the music.

This said, the mixing days were extremely important and delicate: they took place at Figure 8 Recording in Brooklyn, Shahzad’s studio. Obviously, I couldn’t be there (this was last April), so we worked remotely dealing with a 7-hours time difference: I was afraid it could be a limit for the work, but Shahzad made it feel very natural and I couldn’t be happier with how it went.

So yeah, as I recall the process it feels like a big puzzle that slowly found shape! It involved loads of trust and some serious hard work.

To what extent was this album -and your overall music, for that matter- influenced by your experiences in different countries you’ve been to?

I lived abroad and far from my home country for most of my adult life, so I’d say those experiences were extremely important for me to become the person I am.

The first time I lived away I was 17 and spent four months in Ireland: that’s when I realized that traveling and changing cities was what I was going to do. For a long time, it was something that defined me, now it feels like it’s my history. It can’t really be separated from the music I make, they are just two manifestations of who I am.

Some of the songs were totally inspired by the places I wrote them at: for example, Birdsong and Somebody New were written in Jaisalmer, the golden city of Rajasthan, in a hotel room during an art residency. I have vivid memories of how inspirational that place was. Shy Heart was written on a freezing cold winter morning in Kathmandu after hearing of the bushfire in Australia: the news inspired the idea of the song, but the setting shaped the vibe and the structure. The original demo – which is my personal favorite version of the song – features the sound of a plane in the background, something so typical of Kathmandu, as the airport is inside the city and you hear planes all the time.

Totally Fine and Lullaby Firefly were written at my house in Ghent, also on some cold winter morning – I’m a winter writer 🙂 – and they belong to a very different time of my life. I’m especially happy those two songs are finally out there and out of my head.

I asked about your experiences abroad partly because all these countries have very different climates and geographical landscapes, and there is a certain fatalistic naturalism I sense -in the most wonderful way- throughout the record as if you’re trying to become integral to nature itself. Well, the title also resonates with that…

Yes, being one with the nature that surrounds me is a thought that inspires me often and probably the only thought that calms me down, so it has helped me create music on several occasions.

The album title Until We Fossilize is taken from a line of the song Swim To Me, which I wrote after reading an article about the fact that marine fossils can be found on the peaks of the Himalayas. This is because millions of years ago the displacement of land plates caused the collision of two continents and the raising of the seabed that has become mountains. This fact struck me in various ways and in particular made me think about how everything is connected, one and in constant motion even if apparently stationary.

The song is about two lovers who promise to swim to meet each other in case they’ll be separated by the continental drift. The point is not so much their romance as the fact that centuries later no one would know what really happened to them unless their fossils are found (the same way as we know that two continents were united because we find fossils of the same species on two opposite shores).

It’s not only a geological nerdy trip, these thoughts help me put things into perspective. For example, although our personal issues seem to us to be the most relevant in the universe, what will be left of us will only be fossils, if we’re lucky.

If there was a telescope so powerful that it could observe the Earth from a planet 65 million light years away, if we looked at it right now we would see dinosaurs. So, how do we even know we exist?

Your music is described as “Morricone-esque in structure – with a hint of David Lynch”, and as a film enthusiast, I have an urgent need to know your cinematic influences.

For a couple of years, I’ve started to pay close attention to film scores, to how they’re written and orchestrated, and that probably influenced the way I arranged the music on this record. Although I wasn’t inspired by clear cinematic influences for this particular work, I can tell you that I’m totally intrigued and charmed by the work of Yorgos Lanthimos and Paolo Sorrentino and that my ultimate go-to inspiration for when I feel lost is Miyazaki.

With the music being this cinematic, do you have plans to bring visual aesthetics onto your live shows?

I’ve been working with the illustrator and multimedia artist Cecilia Valagussa for about five years. Fossick Project, our collaboration, was extremely important for the making of Until We Fossilize. Besides helping me with visual and graphic content – like the album and singles artworks – Cecilia is featured on the video clip for Shy Heart, where she live-animates the 2D puppet of a cat on an analog overhead projector.

I haven’t thought of a live A/V show for the time being, but it’s something I would love to work on in the future.

Your vocal range throughout the record is really impressive and you bring great singers like Björk to mind, especially with Birdsong. Can you name some of your biggest vocalist heroes?

Listening to a lot of jazz while going to school, I fell in love with the idea of the voice being used as an instrument. I was interested in the extended vocal techniques for a while, one of my biggest influences from that scene is the Norwegian singer Sidsel Endresen. And also Anohni, surely Björk, Shara Nova (and her project My Brightest Diamond), Norma Winstone. Among my most recent vocal heroes, I must mention Moses Sumney and serpentwithfeet.

I’ve been listening to Kaiytlin Aurelia Smith a lot lately. I love how she creates beautiful sonic spaces that gradually come to life, with many elements and colors.  I really liked her latest album I could be your dog with Emile Mosseri.

This is a common final question I ask in my recent interviews, and I have a feeling it fits your work as well: If you could get one of your lyrics written down on your tombstone, which one do you think it would be… so far?

Does everyone say they haven’t written it yet? 🙂

It’s a hard one, but I think the chorus line from Somebody New would work well on a tombstone: “Is this who I am or just how you see me? Could I give into this and move on, become somebody new?”

Until We Fossilize is out on November 5th via Fire Records.

You can check out Marta Del Grandi’s Bandcamp profile here.