Meet Kamikaze Palm Tree -the experimental duo of Dylan Hadley and Cole Berliner. Their sophomore record Mint Chip is out now via Drag City Records, and they were kind enough to do an interview with us, which you can read below.

Can you introduce yourselves to those who are just getting to know you?

Dylan: Hi! I’m Dylan Hadley. I play drums and sing in the band.

Cole: I’m Cole Berliner- guitarist in the band. I do a little vocals too. We both write the songs and arrangements together between the two of us.

Among your fans is John Dwyer of Osees. What are some of the top artists and bands you are fans of who might have influenced your music?

D: Some bands I love to have definitely have influenced our sound are Slapp Happy, Mayo Thompson, Anthony Moore and Captain Beefheart.

C: I second all of those, and would like to throw in Frank Zappa, Micachu, and American blues/jazz musicians, people like Lightnin’ Hopkins, Mary Lou Williams, Johnny Otis and the Rockets.

Your sophomore record Mint Chip is out now. It sounds minimalistic and experimental at the same time. What is this album to you, and how did it come to be?

D: For me this album is kind of a way we’ve come into our own. For Good Boy, we were so young. We wrote and recorded that record when we were 18, 19. Since then Cole and I have grown up a lot and for this record we definitely took a record that has a pretty stark, juvenile sound and got to expand on that. With the help of Tim Presley producing the record, Josh Puklavatez on bass and Spencer Hartling engineering they helped us develop our songs. We wrote a lot of these in a different way than in the past, which was mostly writing/recording straight into pro tools and demoing that way which let us add way more layers and develop the sound in the moment.

C: I agree. It’s more developed sonically, and a result of us wanting to try new things and experiment. When we started, we knew we wanted to make a new album, but we didn’t exactly know what it would be… so we just began recording demos at home, seeing what felt cool and what did or didn’t work. Musically, we tried to maintain a good balance between chaos and fun. In the end, the album feels like a reflection of where our minds are at and how we’ve changed over time.

We wanted to experiment in the studio more this time around- we added a lot of new instruments to the mix, like acoustic piano, violin, clarinet, and various odd synths and electric organs. The Behringer Monopoly is a secret weapon on this album.

In what ways do you think you learned and changed in this album since your debut?

C: I feel like our songwriting has developed into something different. In ways it’s more bright, more pop-y, in other ways it’s more dissonant. It feels like there’s more things happening at once, compared to our last album which was arguably a little more sparse.

D: Just how important it is working with good people you trust. It helps so much with achieving your goals and Drag City has been a dream team. Also just trusting your gut musically and going with it.

Future plans for Kamikaze Palm Tree? What would be your ultimate dream goal?

C: Same. We both like touring and playing live music as much as we like making studio recordings. It would be a dream to be doing both as much as we can, and to continue to be always able to experiment and try new things within the realm of Kamikaze Palm Tree. Also…one dream is to play in Turkey one day! 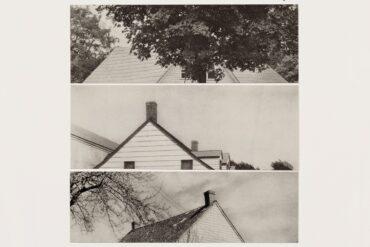